Auxiliary Trellis Based Viterbi Decoding Algorithm Research of 4D-8PSK-TCM
HUANG Yu, a, XIONG Weiming, SUN Huixian
2008, 28(6): 578-583. doi: 10.11728/cjss2008.06.578
Abstract(3034) PDF 916KB(1754) [Cited by] ()
Abstract:
Four-Dimensional 8PSK Trellis-Coded Modulation (4D-8PSK-TCM) is recommended as an efficient coded modulation standard for the Earth Exploration Satellite Service (EESS) 8025-8400 MHz band by the Consultative Committee for Space Data System (CCSDS). The advantage of 4D-8PSK-TCM is that coding gains can be achieved without expanding the bandwidth relative to the un-coded signal set. In this paper, the 4D-8PSK-TCM system with the modulation efficiency of 2.5 bit/symbol and its Viterbi decoding are presented and the Viterbi decoding algorithm is implemented on Matlab Simulink. During the algorithm implementation, an auxiliary trellis is introduced to reduce greatly the number of computations of metrics of each path. In this way, there are only 64 comparisons to compute the metrics in comparing with the 2032 comparisons required in a directly computing approach.
Study on Actuators of Magnetic Suspension Platform Under Microgravity Environment in Space
CHEN Jinxin, WANG Yu
2008, 28(6): 584-591. doi: 10.11728/cjss2008.06.584
Abstract(2402) PDF 1520KB(1264) [Cited by] ()
Abstract:
To fulfill the microgravity level of scientific experiment payloads in space lab, vibration isolation performance of platform with experiment payloads is required. And the actuator of platform under control needs to produce active force timely to restrain the vibration of platform. This paper firstly presents the elementary parameters of actuator. Various structural forms are designed, based on the theory of magnetic suspension. Finite element simulations about magnetic circuit and coil design of the actuator are given based on various forms. To provide basis for the detailed design of actuator, the strong points and shortcomings of each form are concluded through comparisons. The parameters for comparisons mainly involve the mass, the air gap, the maximum force, the current density, the supply power, and the bandwidth of the actuator. The result of comparisons shows that each form is available due to different working conditions and system demands.
Characteristic Study on the Porous Reservoir of Liquid Lubricant in Space
WANG Yang, LIU Qiusheng, YAN Jiaping
2008, 28(6): 592-596. doi: 10.11728/cjss2008.06.592
Abstract(1978) PDF 879KB(1160) [Cited by] ()
Abstract:
Many moving mechanical assemblies for space mechanisms rely on liquid lubricants to provide performance. However, the loss of lubricant due to space environment may results in some moving mechanical assemblies don't work before the end of mission. So lifetime, many methods are applied to supply lubricant, one of these is porous reservoir. Porous reservoirs are widely used in small space mechanisms for their small volume, simple structure and low cost. They are desirable to maintain film thickness levels and oil distribution, so many researchers paid more attention to them. Centrifuging and heating can come into being lubricant transportation in reservoir. In this paper, the rule of lubricant transportation is analyzed on the influence of centrifuging and heating. Two experimental fixtures are designed to study the rule of lubricant transportation in porous reservoir. 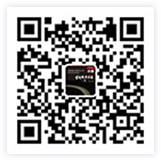